Not too long ago, an article on the front page of the West Valley View was given announcing that the Palo Verde Nuclear Generating Station has set a new record, with unit 2 being operational for 518 consecutive days.  It might be a record, but they forgot to mention how much nuclear waste came from that ‘clean, reliable, and low cost energy’, where it’s stored, and most importantly, if it’s stored safely.  For being low cost, paying for the storage of nuclear waste comes from part of your electric bill(about one percent), if you live in a city/province where energy is produced from nuclear power.  1% might not be too much, but that would only be in terms of money, because nuclear power costs much more in other ways.

The chances are that the nuclear waste is probably still at Palo Verde.  Since in 2009, it was announced that the Yucca Mountain nuclear waste repository will not be considered the answer to the problem of nuclear waste, there is currently no plan for disposing nuclear waste, and nuclear power plants are required to keep it on the premises indefinitely.  This means it might not be too far away from your house or work in case of an earthquake, tsunami, accident, or an unforeseen event. 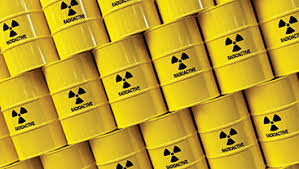 Other ways in which nuclear waste is dealt with includes dry cask storage, geological disposal, and space disposal.  Dry cask storage consists of cooling the spent nuclear fuel, and putting it in containers which are bolted shut.  These containers, in turn, are then put in another container which acts as a radiation shield.  These are then stored above ground.  Geological disposal is when an appropriate spot is chosen and then making a structure like a mine to store the nuclear waste below the ground.  Other geological disposal possibilities would include digging such tunnels into the ocean floor, where the nuclear waste would eventually leak down into the Earth’s interior, where it would be unable to do harm.  Space disposal would basically be shipping nuclear waste out into space.  It’s a good idea in that it will remove nuclear waste permanently, but impractical.  It would be very expensive, for one.  A lot of rockets would be needed.  There is also the possibility of an accident or failure, which could spread radioactive material into the atmosphere and the entire world.

This site uses Akismet to reduce spam. Learn how your comment data is processed.