When thinking of the desert, most people think of it as barren.  It certainly seems that way especially in the middle of a hot, summer day.  However, the desert is just as full of diverse life as any other habitat on Earth.  Surviving in the desert is not easy for even the toughest and most resilient xerophytes.  The droughts, soil chemistry, and extreme temperatures make it hard enough.  However, desert flora have been facing other challenges that are much more difficult to overcome than droughts and three digit degree summer weather.  Despite the fact that they have survived in the harsh environment of the Sonoran desert for millions of years or more, in only these last couple of decades, certain desert plants have made it under the Endangered Species list, and there are still others who have not yet been listed under Endangered, but are candidates.

The challenges these plants are facing include habitat loss, trampling or damage from livestock, off road vehicles, illegal collection and smuggling, and road development.  Many desert plants are unable to survive in any other habitat.  Although not endangered yet, the saguaro cactus, for example, is endemic to the Sonoran desert.  It is found in no other desert in the world.  Other cacti endemic to the Sonoran desert are the Fickeisen plains cactus and the acuña cactus, which are both candidates to being an endangered species.  Two that are already endangered are Nichol Turk’s Head cactus, and Pima Pineapple cactus.

Although they have spines, Fieckesen plains cacti can easily be crushed by hooves.

The acuña cactus was actually once found in the Arizona counties of Pima, Pinal, and parts of Maricopa as well as in Sonora, Mexico.  However, now there are only four known populations.  It is protected by the Arizona Native Plant law and Convention on International Trade in Endangered Species of Wild Fauna and Flora (CITES).  Apart from habitat loss, it is also threatened by illegal trade. 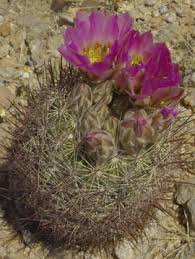 The Nichol Turks Head Cactus has been listed as endangered since 1976, and is also protected by CITES and the Arizona Native Plant law.  Apart from off road vehicles, it is also threatened by mining and collecting. 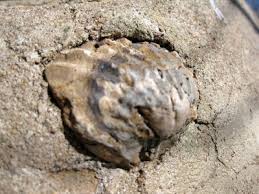 A fossil in the Kaibab limestone